Creatine: The Effects on Muscle, Brain, and Performance Creatine:
The Effects on Muscle, Brain, and Performance

Creatine is the most studied supplement in the history of scientific research, and for good reason. It has long been promoted for its ability to facilitate muscle growth, increase strength, and improve performance. Recently, there has even been reports that say creatine supplementation may also be beneficial for BRAIN function. Because there is plenty of “bro-science” out there on creatine, it may be beneficial to know what exactly it is, and whether these claims are true.

What is creatine?
Creatine is a compound that is found in the human body mostly in the muscles and works to produce energy (ATP) during muscular movements. In fact, creatine (when paired with another compound phosphate) is the fastest source of energy in our body. When broken down, it produces ATP quicker than any other fuel source due to having a relatively short metabolic pathway. Because of this, we often use creatine during very quick, explosive movements that only last a few seconds (sprinting, lifting weights, throwing a punch/kick). The metabolic breakdown of creatine to create energy looks something like this:

Creatine can be naturally produced in our body primarily in the kidneys, and then the liver. It is comprised of 3 amino acids (glycine, arginine, and methionine) and when combined with phosphate can be stored in the muscles and used for energy as described above. However, creatine can also be absorbed by our diet. It is found mainly in animal meat products (because that is where it is stored) such as beef, fish, or wild game but is also a popular choice for supplementation in powder or pill form. But the big question everyone seems to ask is - should I take creatine supplements? Well, let's discuss...

Creatine Effectiveness: Muscle Performance
When it comes to supplementing with creatine (often found in powder form), there is strong evidence to show that when combined with resistance training, creatine supplementation can increase strength, fat free mass, and muscle hypertrophy (LINK). It is also well accepted that by taking creatine supplementation, your STORES of creatine are increased, and therefore there is a greater capacity to perform explosive movements or those that require fast-twitch (Type II) muscle fibers. This is in part why we also see improvements in strength exercises with creatine supplementation, because there is a greater ability of creatine to be broken down and used as QUICK energy, which is needed in strength performance. Therefore,

Creatine Effectiveness: Brain Function
And then there’s the brain. Up until recently, creatine was only promoted for its ability to increase muscular performance, but now there is compiling evidence to show that it has positive effects on the brain as well. For example, in a recent systematic review, it was shown that oral creatine supplementation may improve short-term memory and intelligence tests (LINK). Interestingly, the review showed that the positive effects on brain function may be accelerated in aging or stressed individuals. Another study showed the importance of creatine supplementation older adults to help increase lean muscle mass and strength (LINK)

Recently, there is some evidence to show that creatine supplementation may protect against traumatic brain injuries, however these are preliminary studies that have were studied on rats, and therefore conclusions cannot be made to humans (LINK). So while the research on creatine and brain function is just gaining traction, it still has strong evidence to show that

Should you supplement?
When it comes to consuming creatine naturally (through food), most western diets have adequate intake of creatine. If you’re a high-performance athlete, and your sport requires explosive movements, then creatine supplementation may improve sport performance (LINK). Furthermore, because of its effects on muscle mass, if the goal is to increase muscle size or strength performance, then supplementing with creatine may be beneficial even for general population. As we age, our creatine stores decrease and thus it is harder to develop new muscle mass, and therefore creatine supplementation may be beneficial for older adults (40+ years) to help increase strength and muscle size.

Finally, if you’re vegan or vegetarian, you might have a tough time getting enough creatine through your food (because it is very hard to find in plant-based products). In fact, it is suggested that if you are a vegan, you should consider supplementing with creatine (LINK). If none of this sounds like your goals, then perhaps creatine is not for you. One thing is for sure, you should never take a supplement based off of its “hype” or “trend”. Know what you’re taking and WHY you’re taking it. Hopefully this article will help.

My recommendation
Being the most studied supplement of all time, creatine has been shown to help muscle performance by increasing strength, muscle mass, and fat free mass. Therefore, if your goal is to lift heavy weights, put on muscle mass, or increase sport performance – then creatine supplementation may be a good choice. Although the scientific evidence is starting to show that it has positive effects on brain function, more research is still needed to fully support this. However, being a safe and relatively side-effect free supplement to take, creatine is one of the few supplements that I believe not only works, but an individual SHOULD take if they want to improve performance. Most of the research suggests 3-5g per day if you decide to supplement, and ensure you drink plenty of water as storing creatine also absorbs water (this is a good thing – just make sure you’re drinking plenty of fluids).

Thanks for reading!
- Kalan

Bio
Kalan is a Human Performance Expert & Ph.D. Student who aims to optimize YOUR performance in sport and health. He is recognized as a Certified Strength & Conditioning Specialist (CSCS) with the National Strength & Conditioning Association (NSCA), and has obtained his Master of Science in Kinesiology degree at the University of Victoria. Through his masters thesis research, Kalan has established and implemented the KFit Test Battery for Combat Sport Athletes which is used by Karate BC, Boxing BC & Karate Canada as their standard fitness test for athletes across the country. Additionally, Kalan is an exercise prescription & physiology lab instructor at the University of Victoria, and trains individuals every day to help meet their fitness needs and goals. He has many years of experience both as an elite athlete and high performance coach and is knowledgeable in the many fields surrounding human performance. 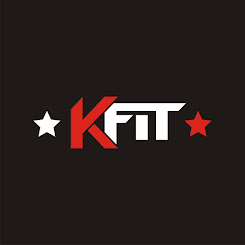 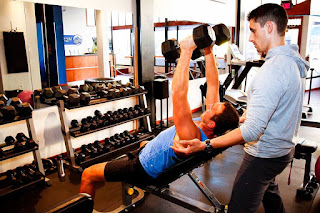